This blog strives to provide insights and trends about the business of sports. Browse the site and gain a deeper understanding of the passionate texture of the convergence between sports and business. That is YOUR way to get ahead in the game!

The impact of Web3 on the business of sports 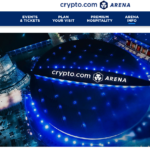 Web3 is really influencing the business of sports at the moment. Cryptocurrencies and fan tokenization are some examples of Web3-aligned technologies, which may provide sports rights holders new revenue paths. Despite the revenue potential linked to these technologies, there are also ethical aspects to consider. This article discusses the commercial opportunities of Web3 and its potential impact and pitfalls in the business of sports. 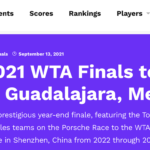 The evolution of professional sports demonstrates a growing tendency of stakeholder demands dominating the application of sound governance principles, enhanced transparency, and good corporate citizenship. The Peng Shuai case in international tennis – and how the WTA has tackled it – illustrates an interesting development when it comes to the commercialization and politicization of sports. At the individual athlete level, this development has also sparked a paradigm shift for athlete branding in which some athletes have made a successful transition from corporate to activist athletes.

Football economy, the European Super League and a history that repeats itself 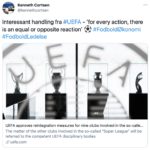 Instead of attempting to fix the challenging balance between revenue generation and high costs as well as the risks of how soft budget constraints and a global crisis (e.g., COVID-19) play together, the global top clubs went down the road of ‘ego avenue’ for a quick fix in relation to their breakaway attempt in the form of the proposed European Super League (ESL). Football fans protested against this proposed plan and football’s governing bodies demonstrated via their zero-tolerance policy and ESL was put on hold (at least for now). This article will strive to provide a pragmatic and scholarly founded analysis concerning the proposed ESL competition format and the current direction the football economy. It will dive into the reasons behind the ESL format, its future influence and how this proposal is also related to the global COVID-19 pandemic, historic commercial development tendencies in football and the influence of foreign ownership and private equity investors in the football economy. 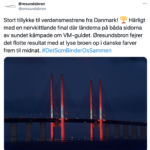 Under the hashtag #DetSomBinderOsSammen (‘what ties us together’ would be a quick and reasonable translation), Øresundsbron portrays important building stones in Scandinavian societies such as the role of sports in relation to democratic values and sports as a community driver. As I have written with two co-authors in an article, which will be published in 2021, the Scandinavian sports model is a reflection of the institutional pillars, which are integrated in how sports blend with the social responsibilities taken by Scandinavian societies. Compared to elsewhere in the world where there has been a growing divide between neighboring countries and between various social groups, this is a great celebration of more than Denmark’s handball title.This is a celebration of the positive social constitution and relationship between neighboring countries but sporting rivals.

Current and future sports business trends from a 2020 perspective 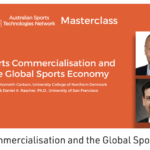 2020 marks an extraordinary sports year. First, 2020 has been remarkable because of the major shift that the COVID-19 pandemic provoked in the business of sports. Another a yet more positive influencer on the 2020 sports year is how the role of activist athletes saw increased commercialization potential boosted by the aftermath of Colin Kaepernicks ‘social justice’ promotion four years after he first took a knee (2016). The 2020s is also a time of increased influence of technology and data. This trend holds interesting business opportunities. This article gives you insights into these trends but also provides additional sports business insights regarding commercial opportunities and trends relevant for sports industry professionals.